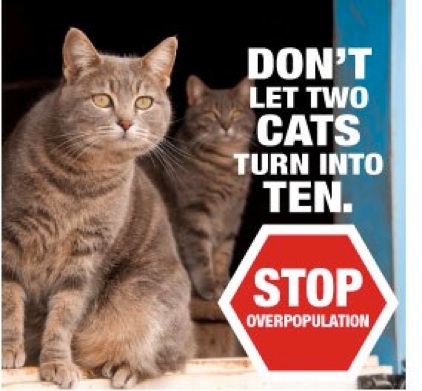 We are now full on into “Kitten season” which in Ireland runs from  approximately March-October. This is the time of year when we see female cat’s get big round bellies full of kittens, and their poor owners say “I thought she was too young to breed!”. cat overpopulation is something I feel very passionately about so I want to address the issue in this blog post.

I think most people in Ireland are aware of our problem with unwanted dogs: We have dog wardens, dog pounds, huge rescue organisations and re-homing centers all over the country for dogs. Government money is allocated each year to employ dog wardens and fund the rescue and re-homing of our country’s dogs and thankfully as a result things are getting better, slowly but surely.

But a lot of people are shocked to learn that there is no such provision in our government for cats. There is no “cat warden”, no mandatory micorchipping or  “cat license” needed to own one. Most of the cat rescue organisations you will come across run on almost 100% fund raising and donations because so little (and often no) money is allocated to help cats. So does that mean there aren’t as many stray  or unwanted cats? Unfortunately no. Over 300,000 kittens are born in Ireland every year. Of those 180,000 kittens die before they are 4 months old. What kills these kittens? Hunger, disease, exposure and people. Can you imagine the outcry if 180,000 puppies died in Ireland each year? So why is it OK to ignore the suffering for cats? it’s something I have tried for a long time to wrap my head around but I can’t understand it.

The Problem: Too many cats and not enough homes!

Cats – An unspayed female cat, her unneutered mate and all of their offspring, producing 2 litters with 2.8 surviving kittens per year, can total 11,606,077 cats in only 9 years. (Source: Spay USA)

Have your own pet spayed or neutered, if you feed a feral colony get all these cats neutered too.

“Spaying” and “neutering” are surgical procedures used to prevent pets from reproducing. In a female animal, “spaying” consists of removing the uterus and ovaries. The technical term is ovario-hysterectomy. For a male animal, “neutering” involves the removal of the testicles, and this is known as castration.

As the surgery is done under a general anaesthetic it is painless. The operation for both males and for females is straightforward and low risk. Recovery is usually uneventful. Your cat will be completely back to themselves the day after their surgery.

When Should It Be Done?:

“The traditional recommendation was that cats should be spayed at 6 to 7 months, but the latest advice is that the operation can be done earlier, at 4 – 5 months of age. Since cats can become reproductively active at this earlier stage, it does make sense to get the operation done sooner rather than later, to minimise the risk of unwanted kittens.

The Myth: “Shouldn’t A Female Pet Have One Litter First?”

The Facts: Allowing a female dog or cat to produce a litter does not have any benefits. There are health risks to the mother during the pregnancy and when giving birth. Finding good homes for puppies and kittens isn’t easy. Plus, even if you manage to place your pet’s offspring, you are in essence condemning that number of unwanted shelter and pound animals. Irish local authorities have to destroy over 25,000 unwanted dogs every year. The figure for cats is undoubtedly much, much higher but as we have no official authority to deal with cats we have no figures.

The Myth: Spaying and Neutering are not “natural.”

Humans domesticated animals and brought them into our lives. The environment we and our pets live in is very different from the ‘natural’ one. We have made them dependent on us, which means we are responsible for their well being, just as we are with any other family member.

The Myth: “I want my children to ‘experience the miracle of birth.’

This isn’t a very good reason to let your animal procreate. First, animals usually give birth in a secluded place. Second, wouldn’t it be better to teach your children the importance of responsible pet ownership? Once again, do you want to contribute to the misery of overpopulation? To understand the scope of the overpopulation problem, scan the papers and notice all the ‘free to good home’ ads, talk to your vet, and/or call local pounds and animal welfare groups. They’ll tell you first hand about our overpopulation crisis.

The Myth: My pet will become fat and lazy once he or she is sterilized.

Pets become fat and lazy as a result of overeating and a lack of exercise, not from spaying or neutering. Your pet will actually benefit from spaying or neutering, because he or she will lead a healthier and longer life. Furthermore, spaying a female eliminates the possibility of her developing uterine and/or ovarian cancer and greatly reduces the chance of breast cancer. Neutering a male reduces the incidence of prostate enlargement and prostate cancer.

What is It Going To Cost To Spay/Neuter My Pet?

The cost for a female pet cat here at Briarhill Vet Clinic is €90, a male costs €77. For the month of April we are offering 10% off this price to encourage owners to neuter their cats.

We are extremely lucky in Galway to have a local charity, Galway Cat Rescue, that carries out extensive Trap, Neuter, Return work throughout the city. This means that feral cats are trapped, neutered and returned to their area now no longer able to breed. This has been proven to be the most effective way to reduce Ireland’s stray cat population and so in turn reduce the huge amount of suffering these cats and their offspring go hrough.  Another way of helping to combat this issue is donate to their TNR Fund which can be done by texting CAT to 50300 to donate €4.

The source of most of the figures can be found here:
http://www.feralcatsireland.org/Feral_Cats/CATalyst_files/catalyst_guidelines_draft11.pdf

For more information on neutering, TNR or any other cat related queries, the following website offers a huge amount of excellent information:
http://icatcare.org/

briarhill business parkbriarhill vetscatcatsferalkittenneuteroverpopulationproblemspaystraytnrveterinaryvets in galway
What is a Veterinary Nurse?
A day in the life of a Vet

Is your pet Brexit ready?

Halloween - it doesn't have to be scary! 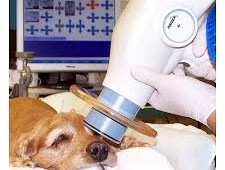